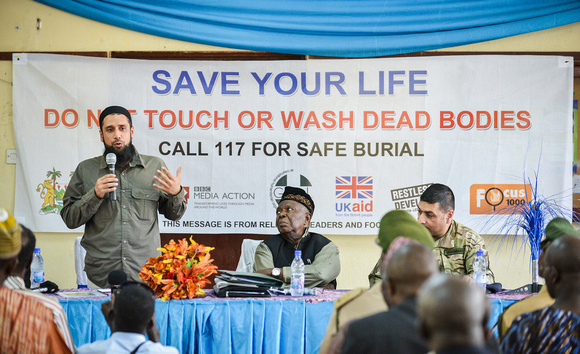 Approximately seven hundred UK troops are currently in Sierra Leone and are working closely with other government departments, Non-governmental organisations (NGOs) and the Government of Sierra Leone. The epidemiology of the disease has shown an overall improvement in 2015 in all three affected countries, Guinea, Sierra Leone and Liberia. From February to March this year there have been on average around 60-80 confirmed cases per week in Sierra Leone, which is a significant decrease from a high of over 530 cases per week in November.
Crown Copyright: This image may be used for current news purposes only.Ê It may not be used, reprodu
User Agreement
Cancel
Continue