June 18, 2014  •  Leave a Comment
Each year servicemen and women from the Foot Guards and Household Cavalry take part in the ceremonial custom of trooping the Colour. 2014 marks the turn of Nijmegen Company Grenadier Guards who's Colour is made from crimson silk and carries 45 of the Regiment’s 77 Battle Honours ranging from 1680 to 1991. The Battle Honour of greatest importance to the Grenadiers is the battle of Waterloo in 1815.
The military ceremony dates back to around the seventeenth century when the Colours of the battalion were carried down the ranks in battle so that they could be seen and recognised by the soldiers.
Since 1748 the parade has marked the Sovereign's official birthday and from the reign of Edward VII onwards, the Sovereign has taken the salute in person at Trooping the Colour.
The ceremony begins with Her Majesty The Queen receiving a Royal salute before personally carrying out an inspection of the troops. 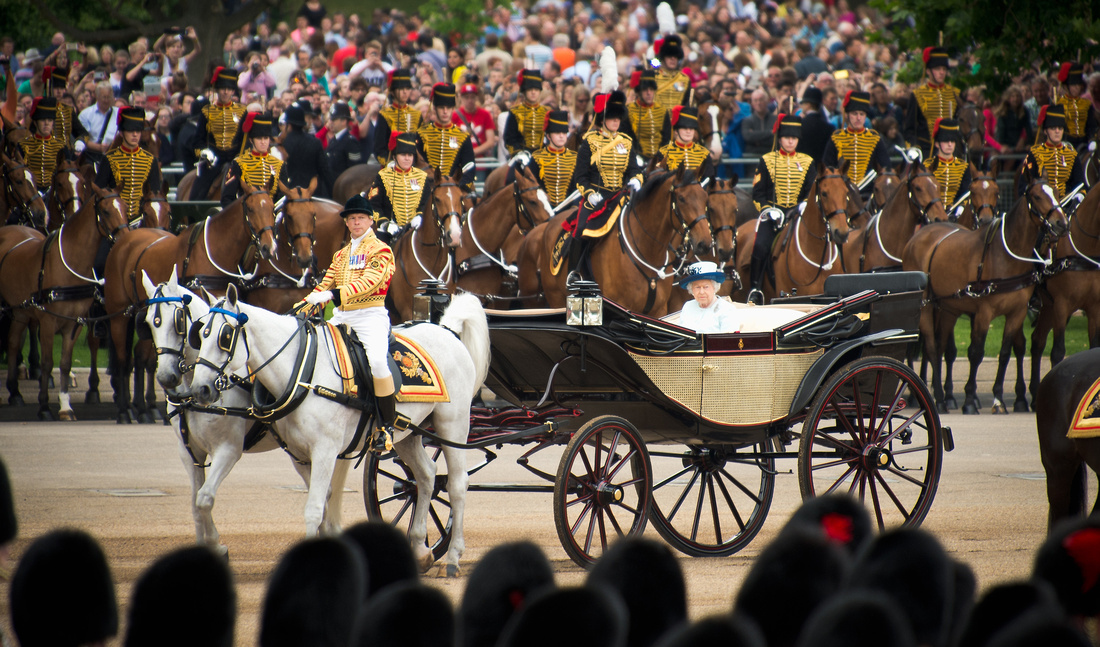 HER MAJESTY THE QUEEN INSPECTS HER TROOPS

HER MAJESTY THE QUEEN INSPECTS HER TROOPS

The massed bands performing a musical 'troop' playing military music before the Colour is trooped through the ranks. 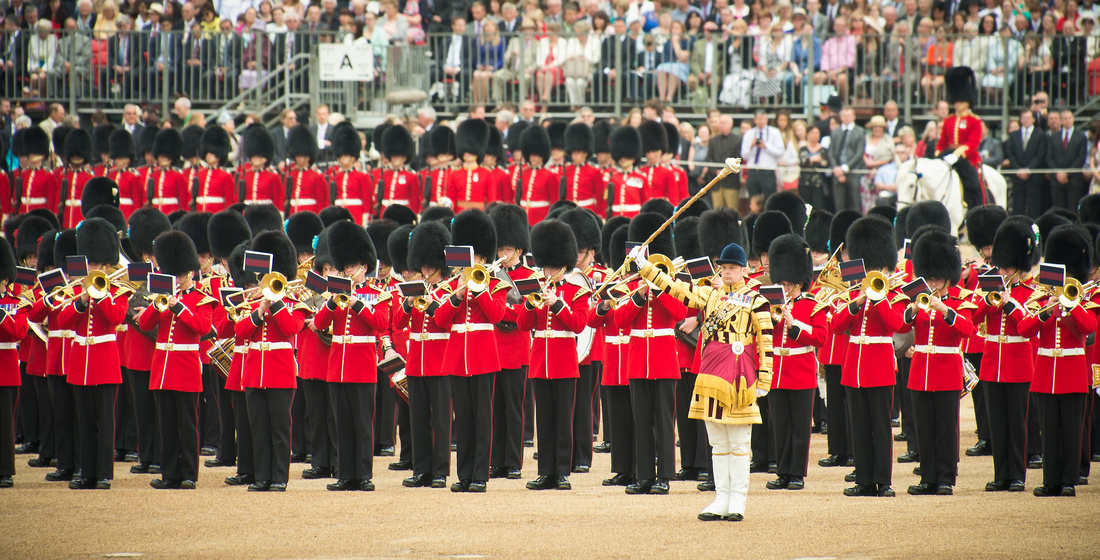 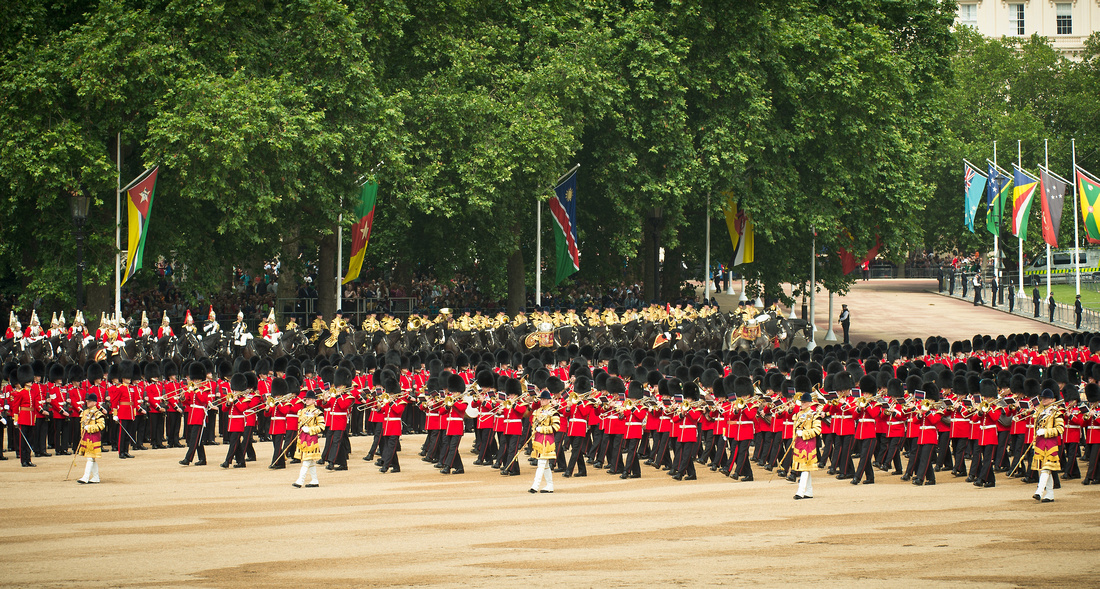 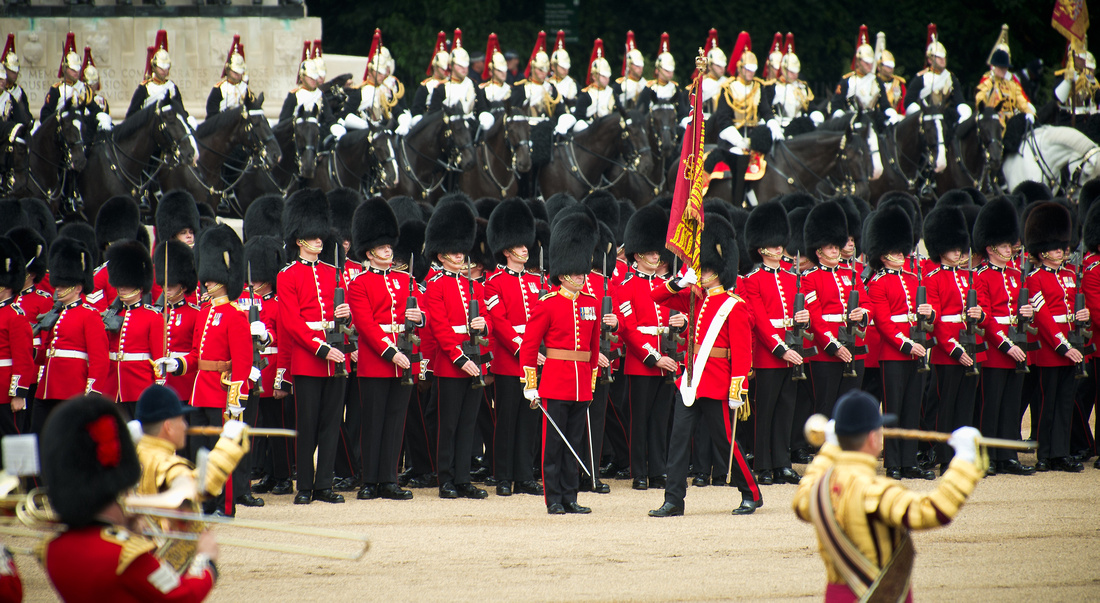 THE COLOURS OF THE GRENADIER GUARDS ARE TROOPED THROUGH THE RANKS

The Foot Guards and the Household Cavalry then march past Her Majesty followed by The King's Troop, Royal Horse Artillery. 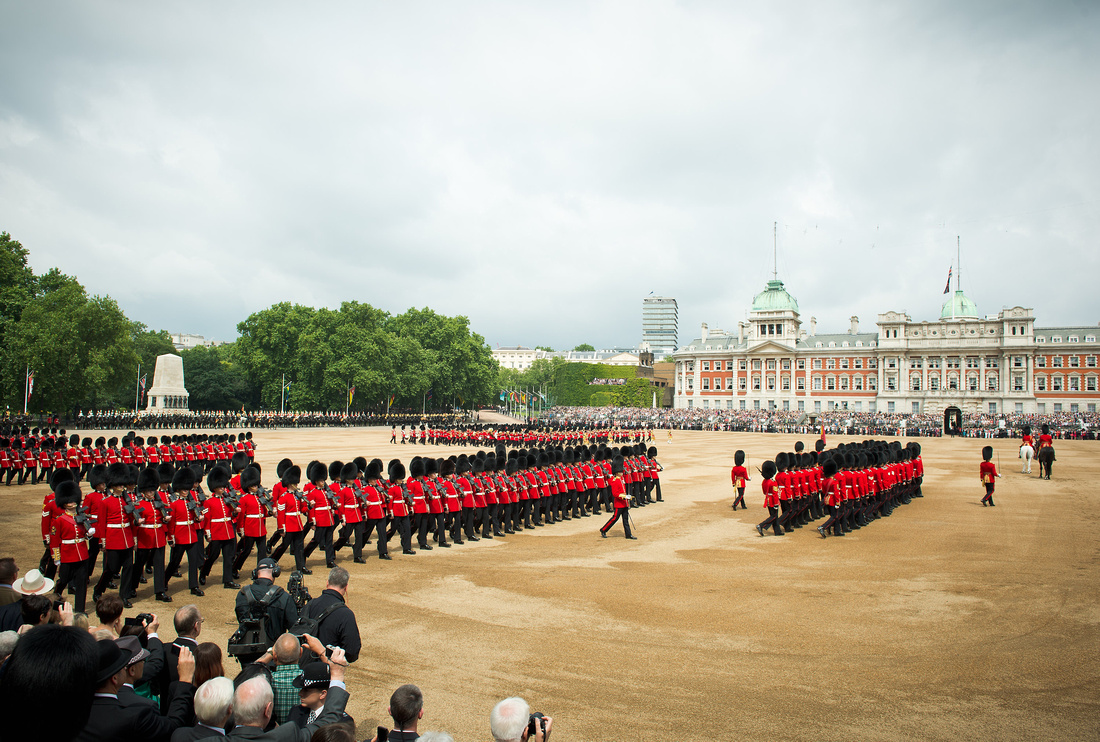 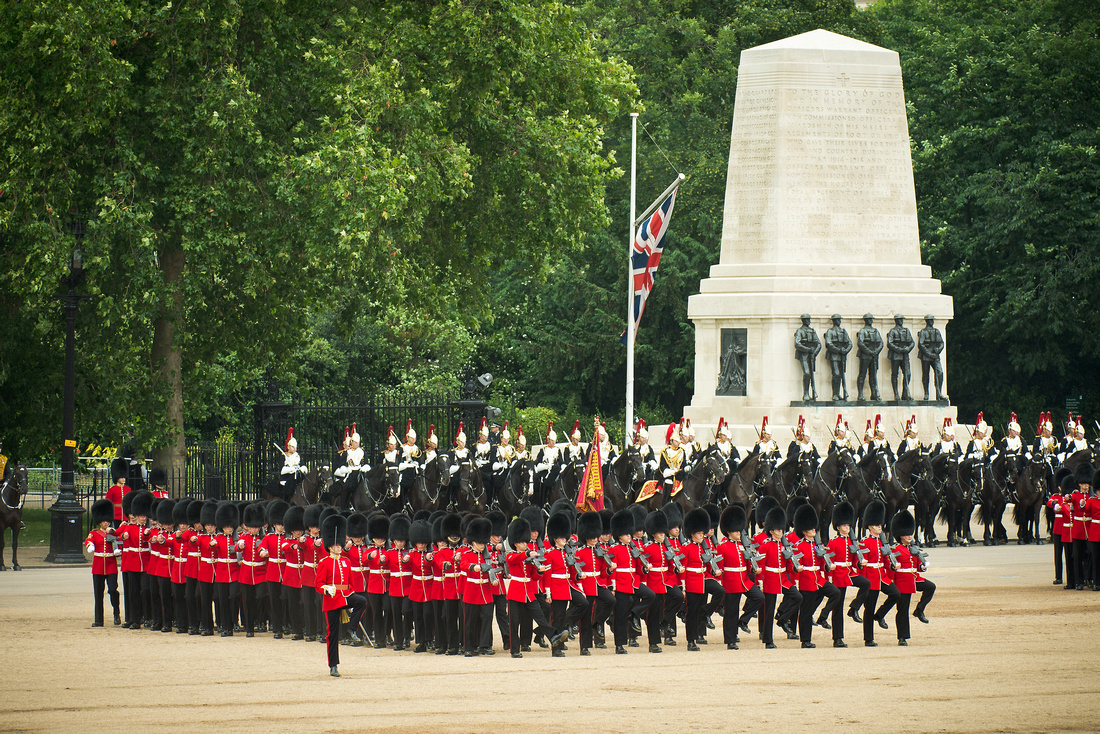 FOOT GUARDS FORM THREE RANKS AFTER A MARCH PAST 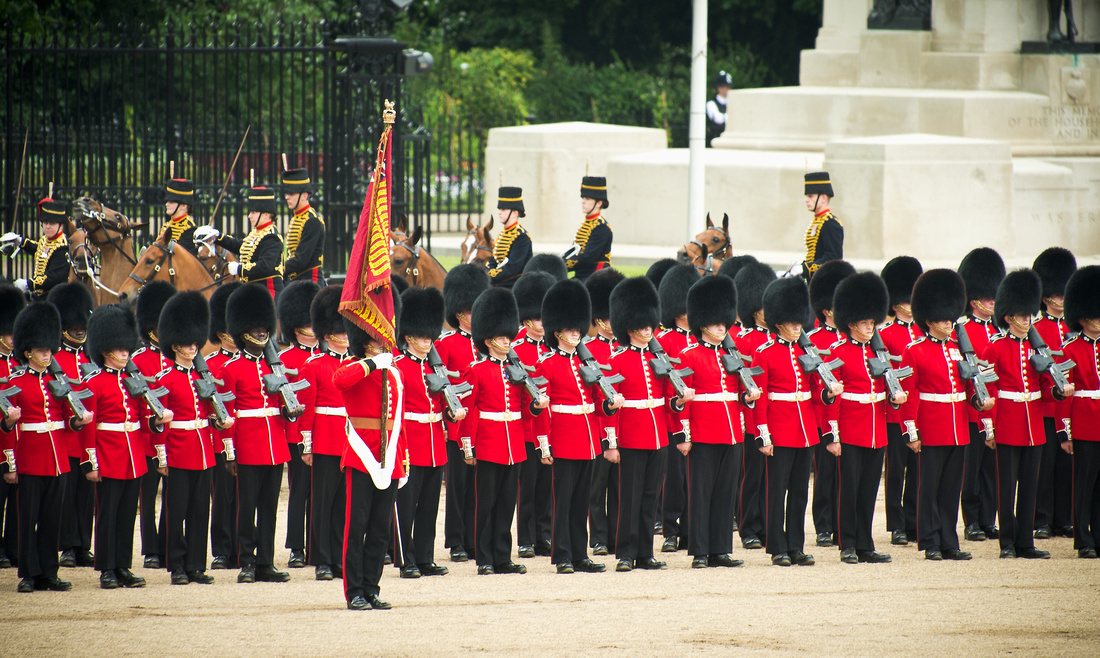 THE COLOURS OF THE GRENADIER GUARDS 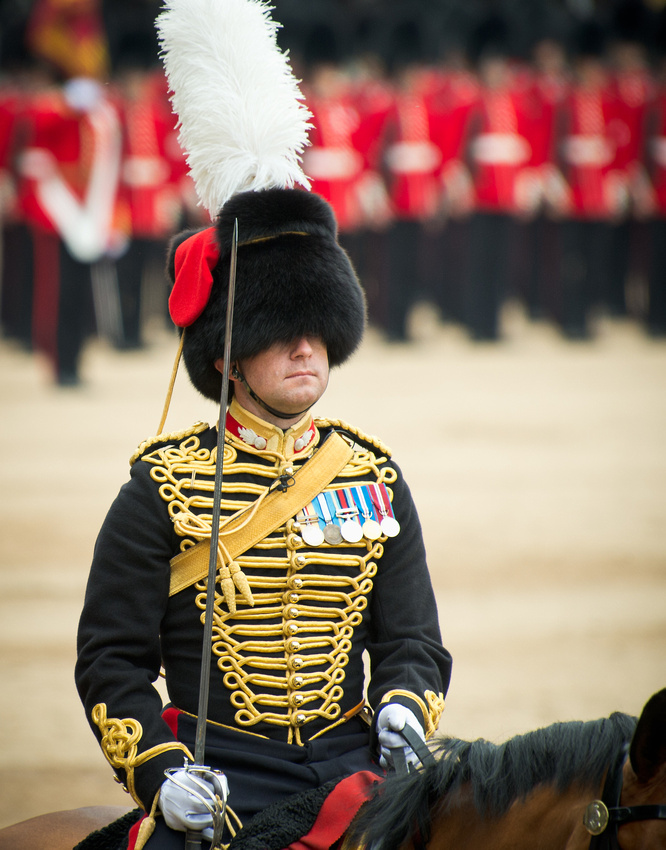 AN OFFICER FROM THE ROYAL HORSE ARTILLERY 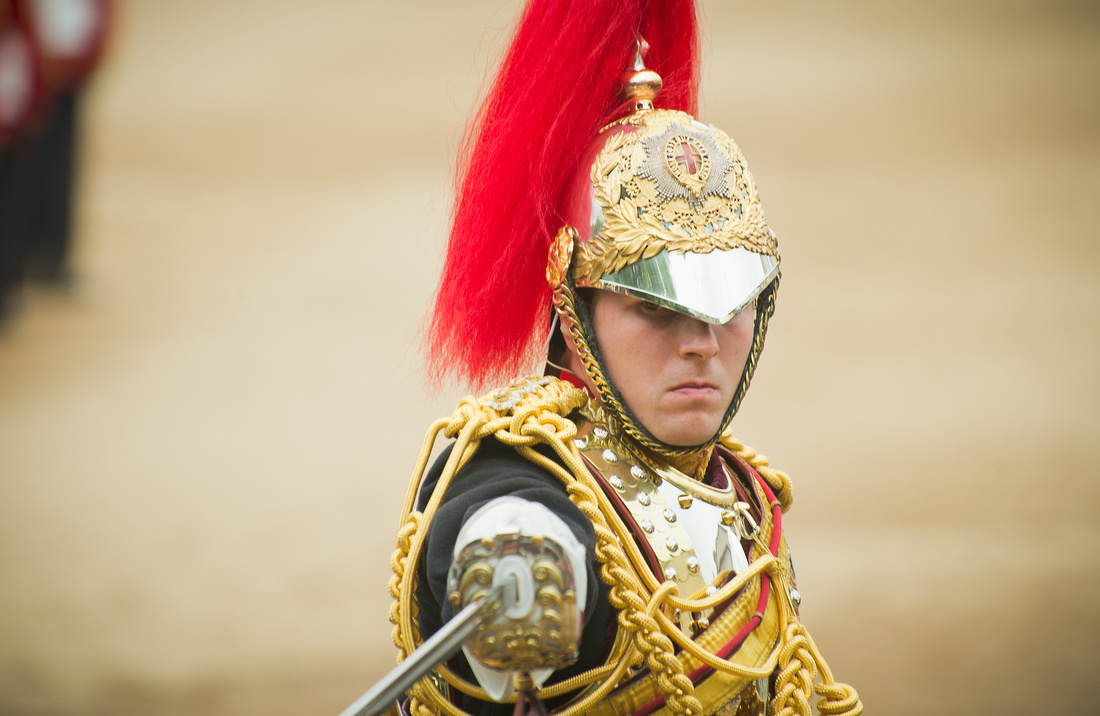 A CAPTAIN FROM THE BLUES AND ROYALS MARCHES PAST ON HORSEBACK 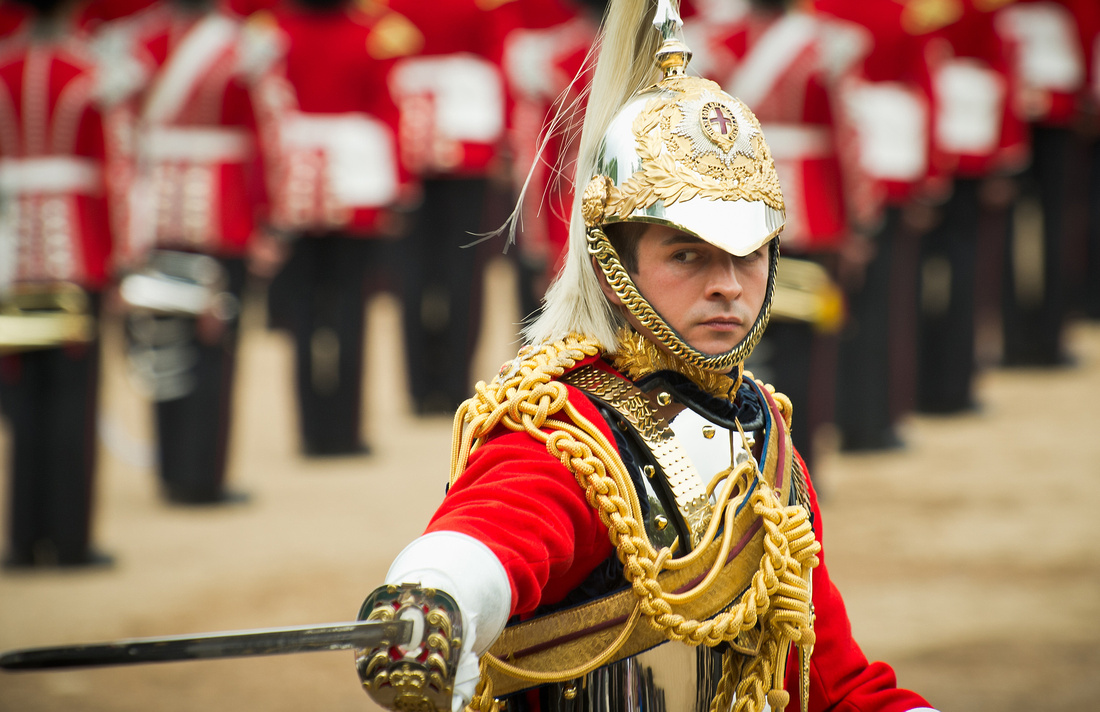 A CAPTAIN FROM THE LIFE GUARDS MARCHES PAST ON HORSEBACK

At the end of the parade the Queen rides in a carriage back to Buckingham Palace at the head of her Guards. 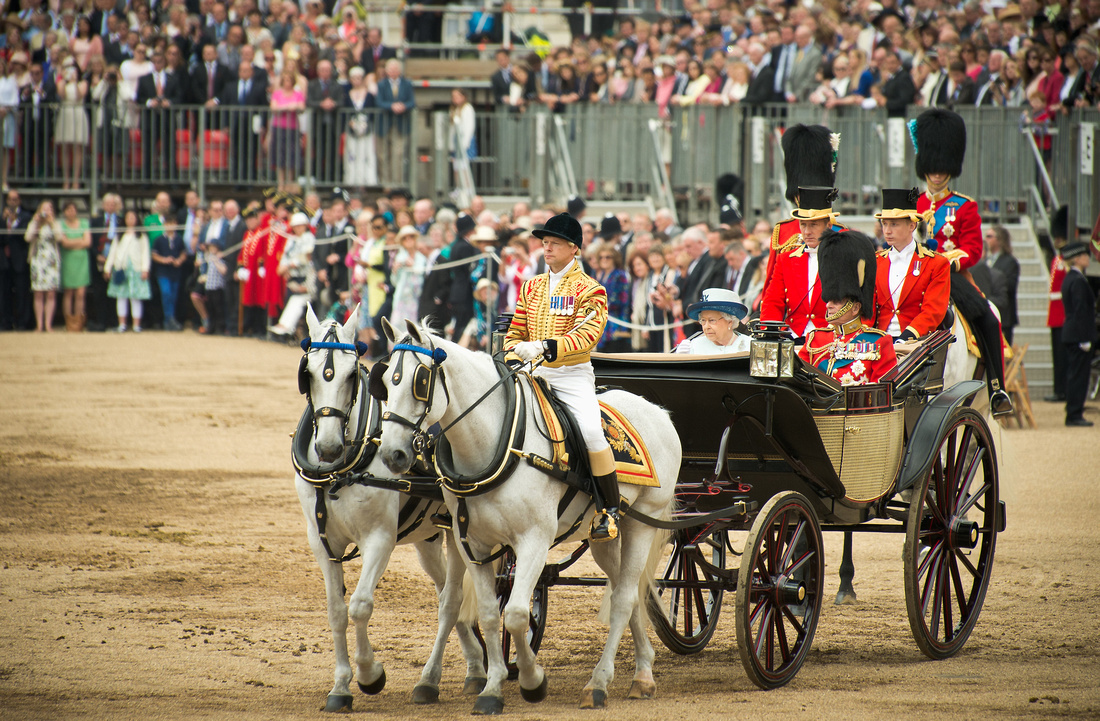