While not quite Full Metal Jacket the Combat Camera Team is there to film and capture history in combat if the need arises. We are all fully trained soldiers.

As some of you may know from reading my Bio page, I am a professional photographer in the British Army. I am currently serving as part of a small team who make up the Combat Camera Team (CCT) in Afghanistan, a position which is voluntary and only available to military photographers.

Photography has always played a big part in the Army dating back to 1915 and is now a trade group with the Royal Logistics Corps (RLC). Predominantly stills photographers, we also specialise in Electronic News Gathering (ENG) which is the role I have for the current 6 month operational tour.

The photographic expertise of the "trade" spread the full spectrum from Royalty to technical Equipment and Combat but our main focus is on media output and historical archiving. For more information check the British Army Photographers Facebook Page

I have recently had a 'Hometown Story' published in the 'Huddersfield Examiner' and the 'Yorkshire Post' which tells a little about me and the job I am doing in the desert. I have posted it below. 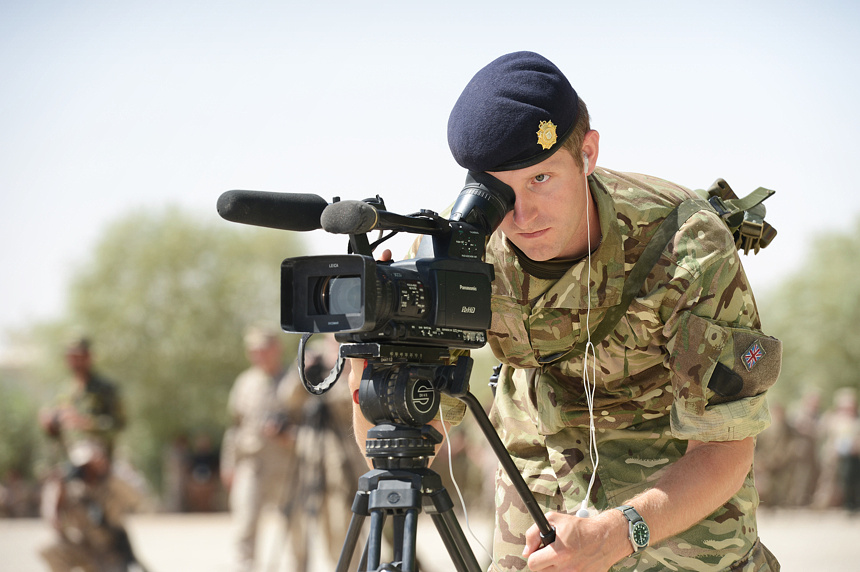 A Huddersfield soldier serving in Afghanistan is capturing history as the British relinquish security control in Helmand Province to the Afghan National Security Forces (ANSF).

Sergeant Paul Shaw a former pupil of Newsome High School, is an Army photographer based in Camp Bastion and is part of a three man Combat Camera Team (CCT).

The CCT consists of a team leader, photographer and video operator. They follow troops out on the ground and around various bases throughout Helmand, covering the transitional work and the handover of control to the ANSF.

The team, because of their military training, can capture events across parts of Helmand Province where the mainstream media may not be able to go, and therefore keeping the public informed of the work of the British Forces.

Paul joined the Royal Signals Corps ten years ago, but switched to the Royal Logistics Corps in 2012 to pursue his passion for photography.

“I have always had a creative eye, and an interest in photography. I had reached the top of my trade and had to either change trade or Corps in order to progress any further.”

In the UK Paul is based at the Defence Media Operations Centre (DMOC), RAF Halton. This is home to an operational unit that deploys at short notice around the world.

In his spare time Paul enjoys climbing and martial arts, and also runs his own photography business. The environment that he is working in for the next six months comes with its own set of challenges he said:

“The biggest challenge is trying to film whilst wearing the same kit as an infanteer, and being aware of our surroundings at all times.”