The following are a couple of conceptual shots, a dealer flicking a pack of cards towards the camera and an unemployed man fallen to ruins.

The idea behind the first shot was to try and capture the image of a young gambler with a bit of attitude. The hat is there to give the impression of a slightly cocky man, one who would walk with a swagger perhaps. His arm is outstretched and he is flicking his cards towards the viewer as an offer to challenge him. The cash falling represents his willingness to put his money where his mouth his. 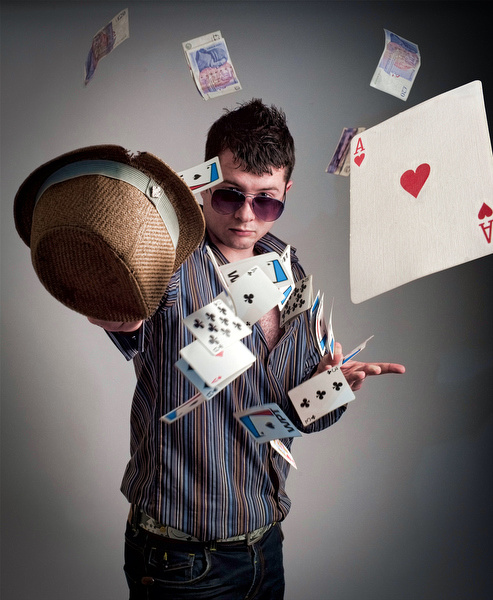 The idea behind this second shot was originally to show the effects of redundancy to the Armed Forces. I made the decision to change this to be generic as redundancy applies to a greater audience. The shot shows a man who has been made redundant from a job that he enjoyed with a passion. It's not that the subject cannot get another job, but rather that he cannot see a way ahead after his "whole world" has been taken away from him. Instead he has taken to drink and drugs. 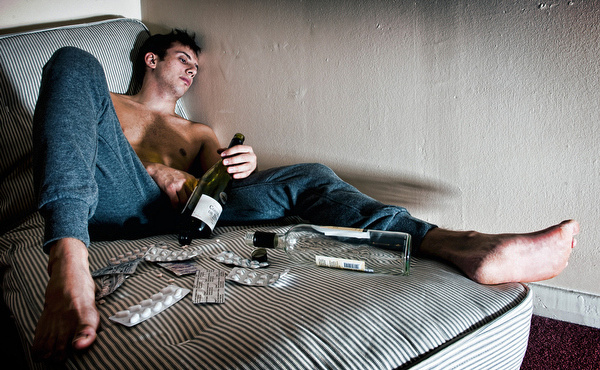